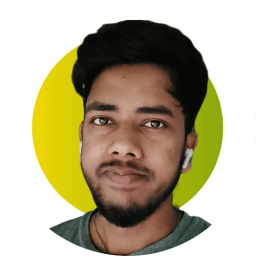 Did you know that a multi-step forms can increase your conversion rate over 200%?

Let's talk about it in detail.

I'm sure you have been through such forms in your life as well and the old overwhelming one-page forms as well.

How did you feel when feeling those forms?

In my case, I used to quit a lot of one page forms just by looking at it. And on the other hand, I've completed filling most of the multi-step forms.

I'm sure it's the same with you and the rest of the people.

And the good news is, if you are using Formidable Forms Pro then you can make such forms too. And increase your conversion rate of course!

There are many benefits of a multi-step form but let's discuss the major ones.

It's not secret. We already know it because we have faced the similar situations in life. I gave you the example at the beginning.

Multi-step forms doesn't feel like a single page form. It looks easier to complete even if it's longer than a normal one page form.

You can test it for yourself. Create a form with same fields and use multi-step form for one of them.

Even though they are exactly the same form, you'll get more conversions through the multi-step form.

Like I said earlier, a long single page form feels very overwhelming and it is highly likely that you would not fill that form at all or at least procrastinate.

In the same way when I was signing up for Impact Radius affiliate marketplace it took me days to actually fill the complete form and sign up.

I used to get away by seeing its ugly long form.

On the other hand, I signed up for PartnerStack affiliate marketplace in the first visit.

It's not that difficult to understand that it will make the form look good and easy to complete.

Multi-step forms simplifies the process and the look of the form itself, thus making it more efficient and improving the user experience.

Why You Should Use Multi-Step Forms?

Well most of the answers are already mentioned in the benefits section but here are some more reasons why you should be using multi-step WordPress forms.

Worrying If It's Difficult To Create?

Absolutely not! It's as easy as creating any other forms using Formidable Forms WordPress form builder.

Just drag and drop and save the form. That's it. And there are tutorial to along with it if you need any help. I have linked to a tutorial at the end of this post. Don't you worry!

Here are the screenshots of the progress bars that you can use with your Formidable Forms multi-step forms.

Just like the regular forms, you can also use conditional logic for your multi-step Formidable Form as well.

It's not that difficult to add and it makes a lot of sense when you are creating a lengthy form.

You don't have to make the user fill each and every field in your form. By using conditional logic, you can make the form interactive and less stressing.

Ask only the questions that is relevant after the previous questions. It can reduce a good amount of form fields while making it more dynamic and relevant to the user.

Want a complete guide on how to create these multi-step forms? Click the button below to learn it with a step-by-step tutorial.

Learn How To Create Multi-step Form!

I hope you liked it. What type of form are you going to create with this method? Let me know in the comments below!

Give it a try, it costs less than you think!

How To Track Email Open Rates And Link Clicks?

Hi, I'm Bishnu Mahali from Siliguri, India. Apart from Blogging, I am a Digital Marketer and Creator. I also produce YouTube videos and 2 podcasts as well. Do follow me on Instagram @itsBishnuMahali to learn more about me and the Business Stuff. 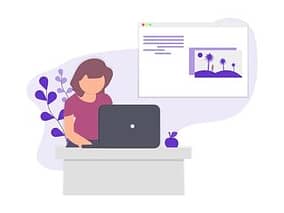 Never miss an update! Keep yourself up-to-date with the knowledge about blogging.

Please log in again. The login page will open in a new tab. After logging in you can close it and return to this page.